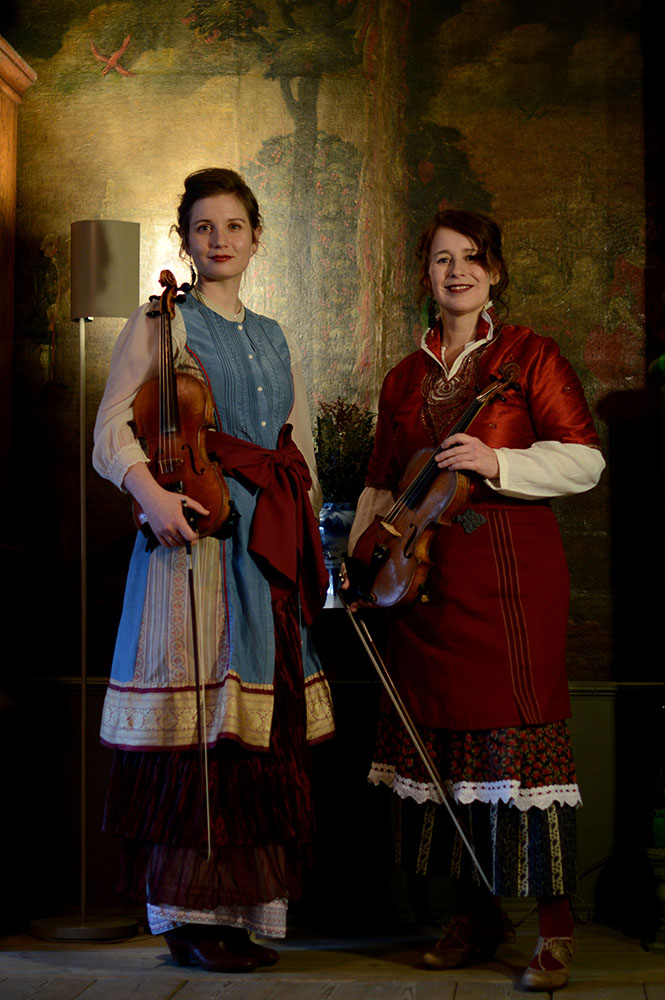 PLAYING IN COTTAGES AND SALONS

Music through the ages

A bilingual concert presenting gems from the folk music of Southwest Finland and bringing archive material alive to listeners of today. The program is inspired by the rich musical traditions of the region in the 18th and 19th century. Treasures from the archives tell us about the meaning of music in people’s lives: music in everyday life and celebrations, in sorrow and happiness.

The borders between folk music and music played in salons are very vague. In the 19th century a priest in the archipelago could first play in the orchestra in Turku and then play dance tunes for the young in the village. All music is arranged by the musicians and performed in Finnish and Swedish on two fiddles and vocals. The program contains everything from medieval ballads and minuets to polkas and waltzes. The costumes are designed by Marjo Haapasalo and the concert is suitable for many kinds of spaces and events. Duration approx. 1 h.

Marianne Maans is a professional folk musician and expert in the folk music of Swedish-speaking Finland, a versatile musician active in the field since the 1990s.

Marjaana Puurtinen is a driving force in the folk music in Southwest Finland and has among others made music for several bigger dance pieces.