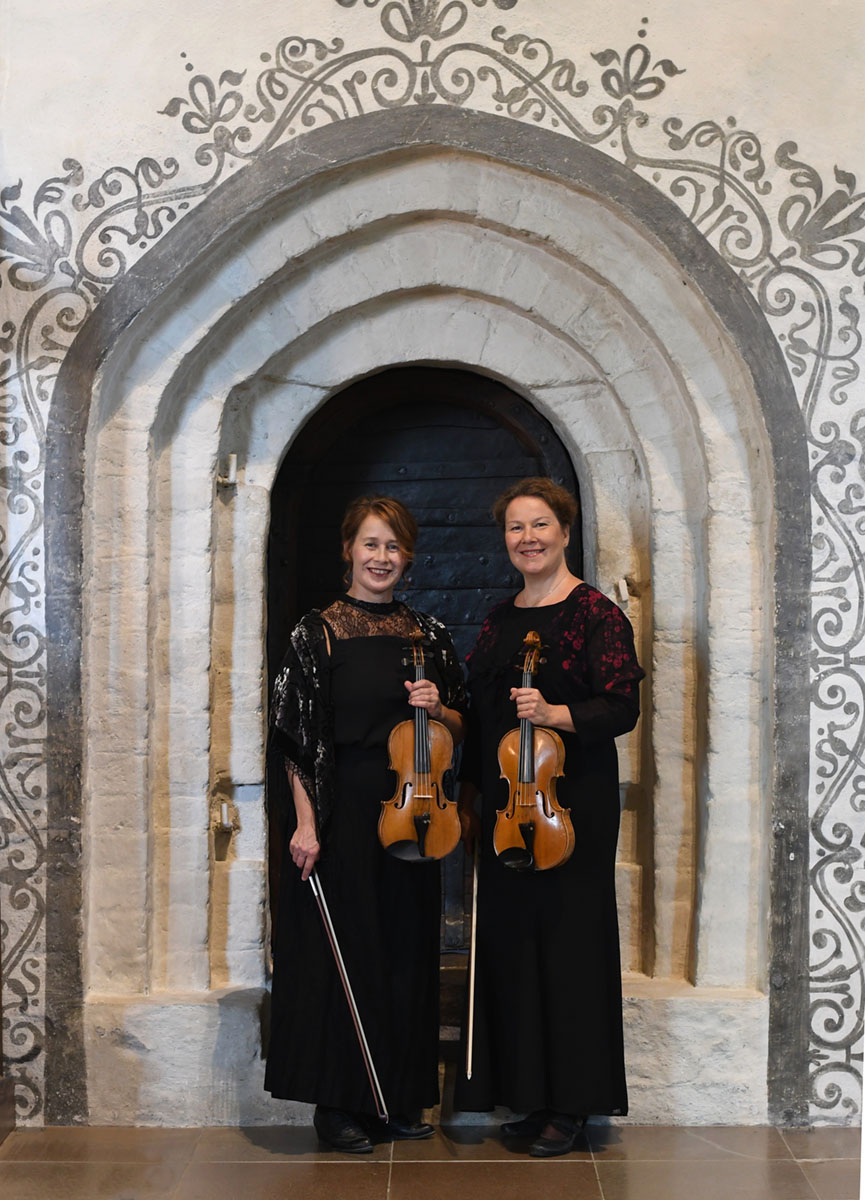 VOICES IN THE SHAPE OF LIGHT

A concert combining folk variants of hymns, folk music and early church singing, all arranged by the musicians themselves.

A meeting between folk music and early church singing with room for improvisation ad new creations. The repertoire contains chorales and folk music from the Estonian Swedish, Swedish and Finnish traditions and songs from Cantus Sororum, the Bridgettine Sisters’ Liturgy used in monasteries in Sweden and Finland in the 15th century. The music rests in traditions from several hundred years back but takes on new expressions with two voices and two violins. The church room, its acoustics and the movement of musicians in the room are the framework for the interaction of artists and audiences. The duo combines their knowledge in both folk music, classical music and church music and has collaborated for several years. Duration approx. 1 h.

Sofia Lindroos (Espoo) is a versatile singer with a classical background but has broadened her expression towards folk styles. She also sings in professional choirs in Helsinki and works as a choir conductor and violin teacher.

Marianne Maans (Turku) is a professional folk musician, care musician and mental trainer working with very versatile music and education projects. She performs as a soloist and with several ensembles as well as gives courses and workshops for people of all ages.